If you wish to contribute to the truth with your testimonial, contact the group in your country of residence here

Interviewers of Supporting Groups like the German Group (Nodo Alemania) have an email address that is available exclusively for contacting them about giving testimonials. Write the interviewers in Germany: entrevistas.alemania@comisionverdadcol-eu.org

In Colombia and the world, little or nothing is known about the victim population abroad, due to factors such as invisibility; the weakness of the sources and the under-recording of the number of victims exiled under different protection statuses (political refugees, asylum seekers, temporary humanitarian protection, among others) or those who left and did not request such protection; the silence, and the limited truth about what happened, the causes and acts of violence that preceded their exile, and the impacts on their lives, families, organisations, political parties, and communities. 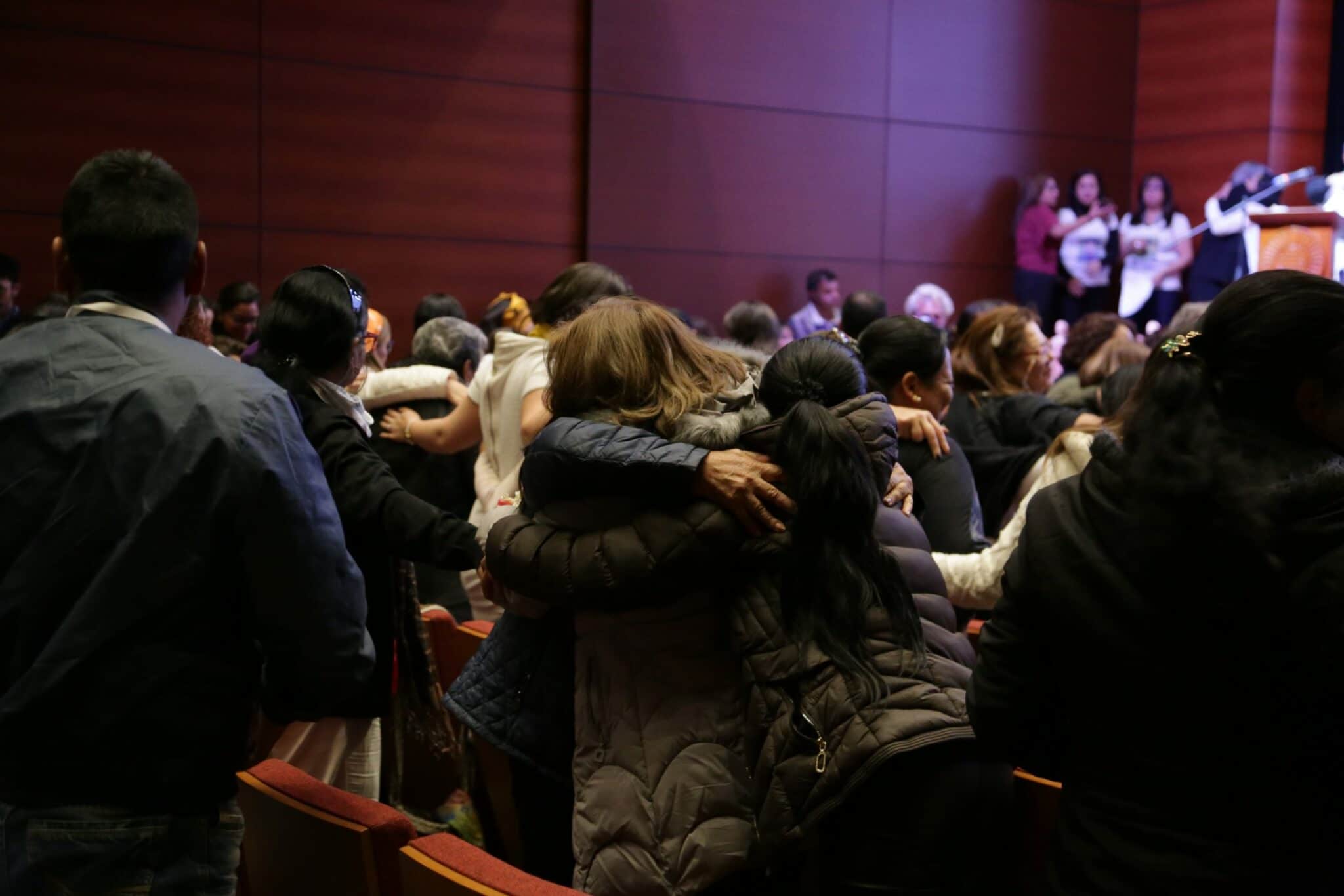 For many victims, the fear of speaking out and distrust persists. So, the first step in the Truth Commission’s work abroad has been to build trust with victims, which starts with previous experiences of working with organisations and networks, and with building new ties. The aim is for the interview itself to be a dignified, careful and meaningful experience for the victim.

You are invited to contribute with YOUR TESTIMONIAL AS SURVIVORS AND YOUR FAMILY’S STORY REGARDLESS OF YOUR NATIONALITY (both Colombians and non-Colombians). These testimonials are collected by individuals specially trained for this purpose. Thus, the handling and transfer to the Commission is provided through a mechanism designed to ensure complete confidentiality. The testimonials taken abroad are sent to Colombia through the Commission’s Mission Information System, which guarantees confidentiality. 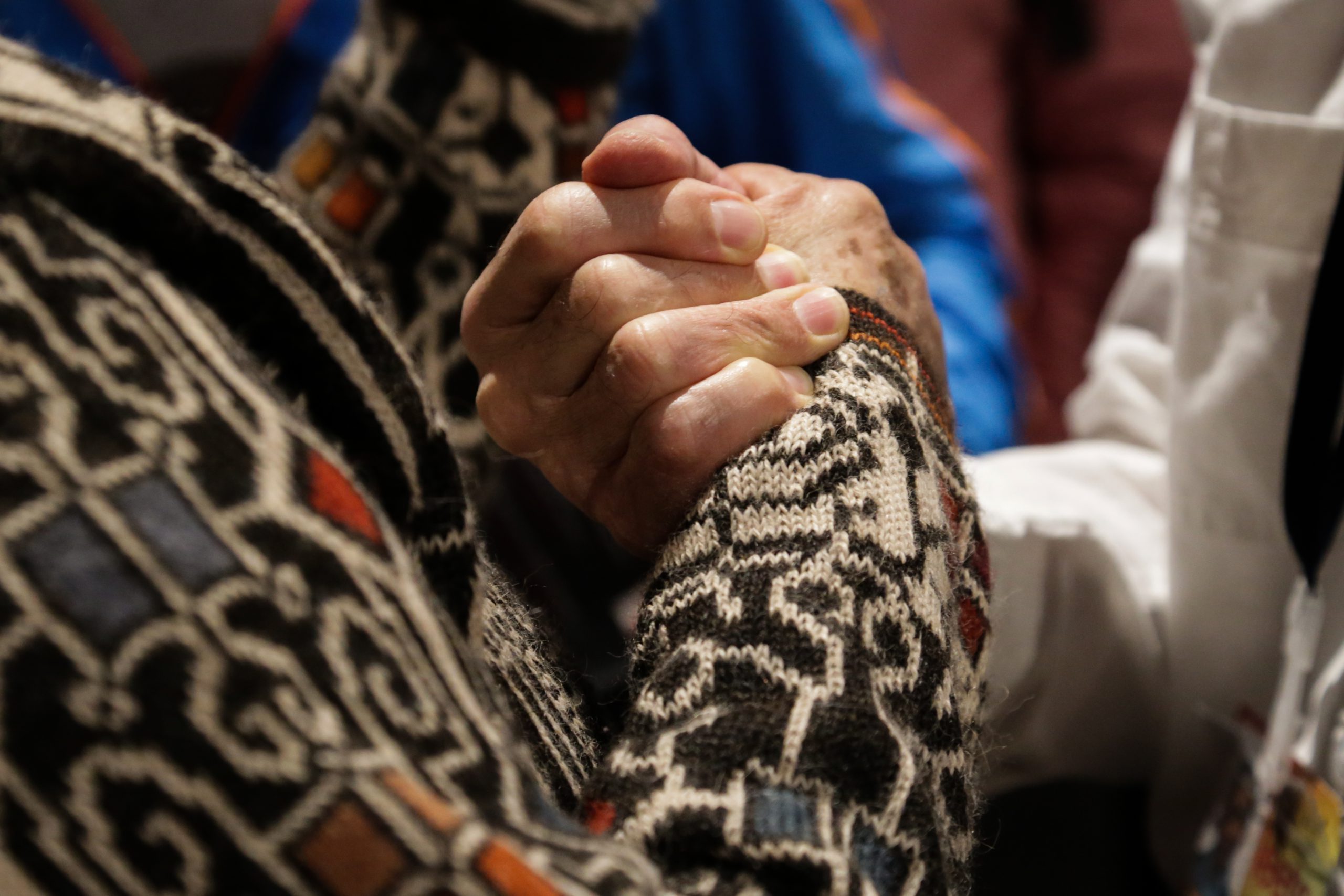 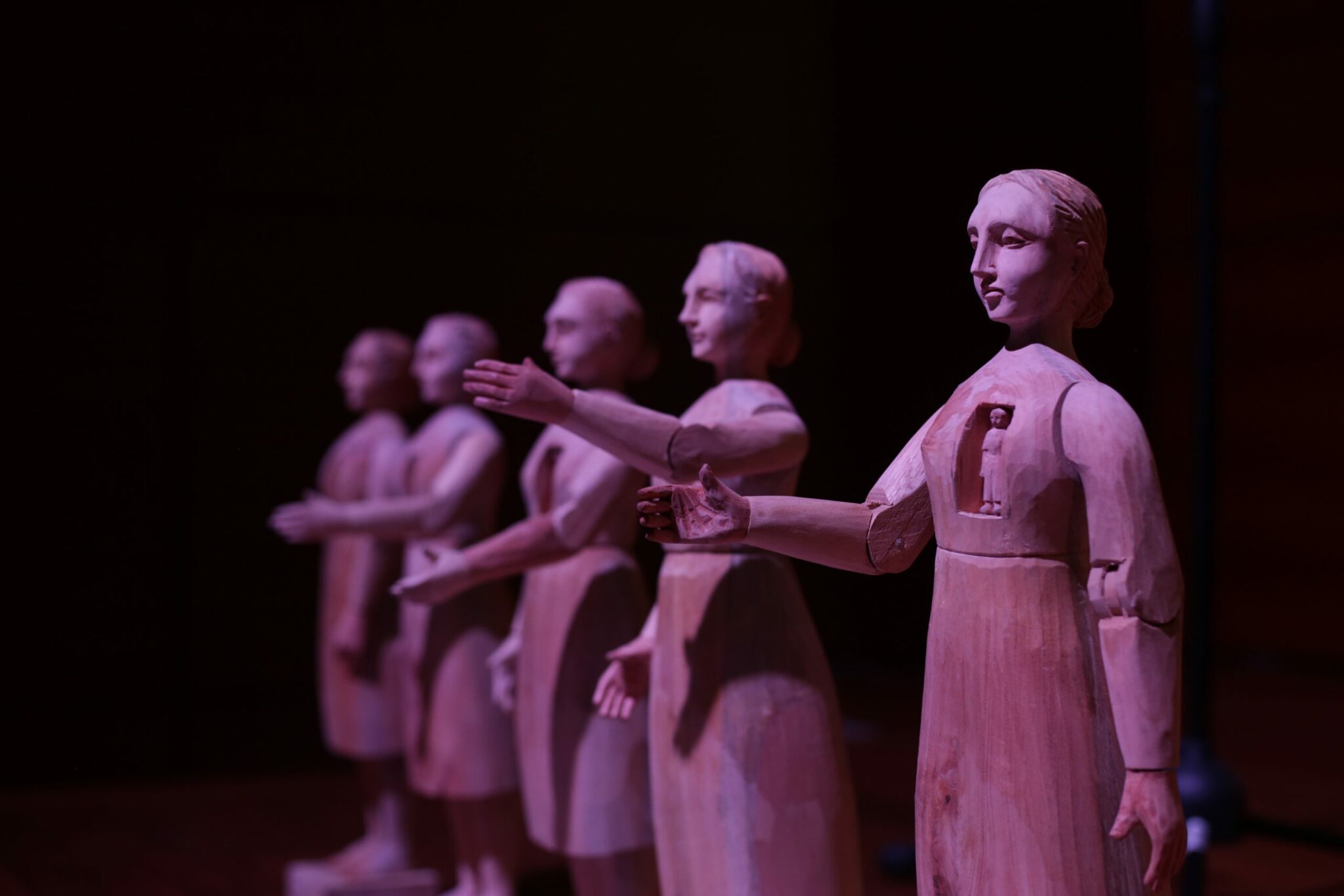 The work of the interviewers, who have been trained by the Colombian Truth Commission to take testimonials, is the fundamental axis of the groups’ work. These individuals establish from the outset a relationship of trust and reliability with those who want to give their testimonial. Their work does not only consist of transmitting information to the Commission. Their mission is, above all, to make the taking of testimonial a dignified and meaningful experience for the victim or survivor.

So far, 600 testimonials have been taken from exiled populations in the five regions (Europe, North America, the Andes, Central America and South America). Twenty-four testimonials have also been taken from exiles who have returned to Colombia and several collective interviews have been conducted. The Truth Commission has also initiated a listening process in conjunction with the Special Jurisdiction for Peace (JEP) for the Unión Patriótica case. So far 21 in-depth testimonials have been taken from relatives of victims and survivors in exile in Canada, Spain, Portugal, Switzerland, Belgium, Greece, Sweden, Norway, Argentina and Uruguay. We highlight the collaboration between the mechanisms of the Integral System of Truth, Justice, Reparation and Non-Repetition and respect for the autonomy of the mandates. 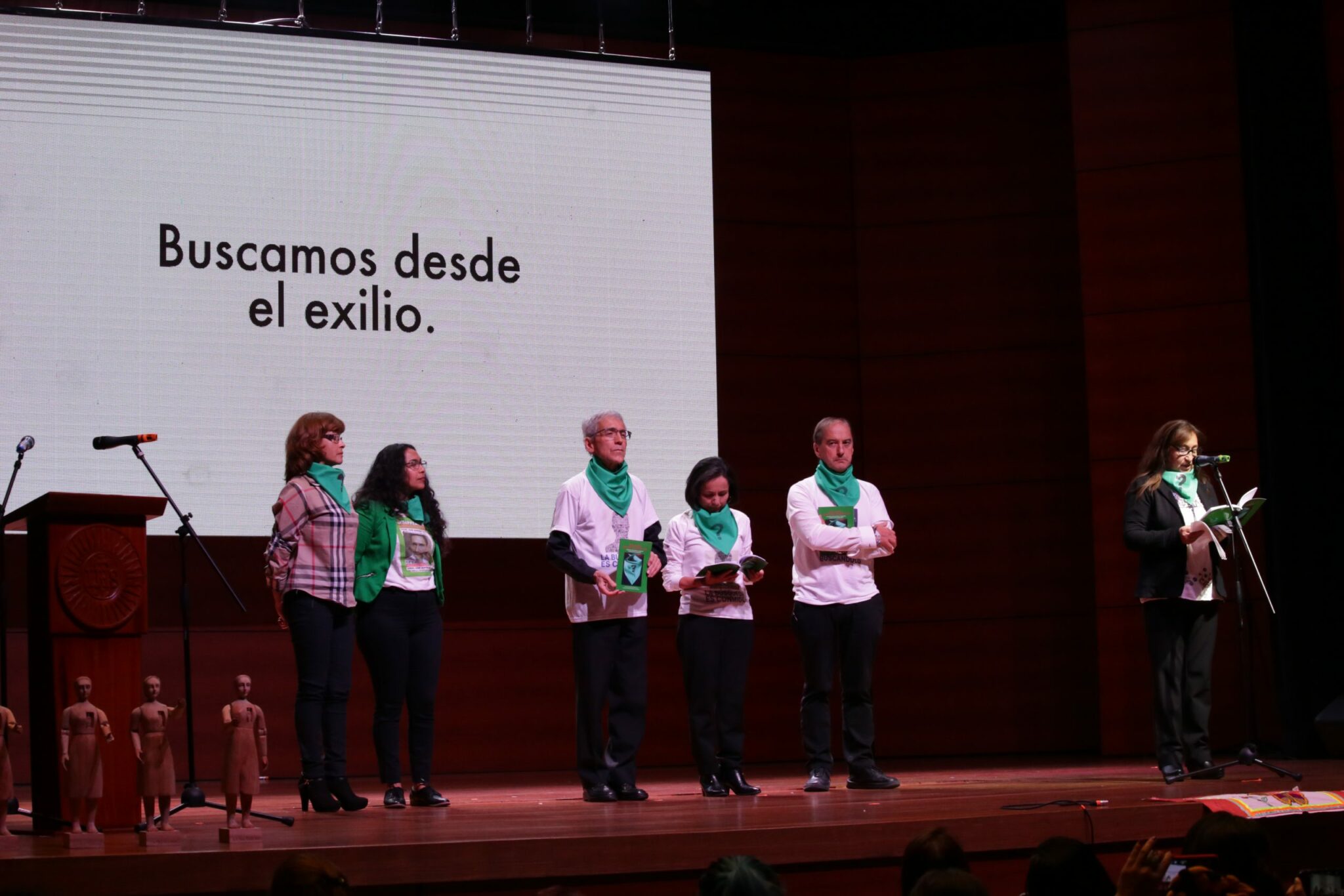 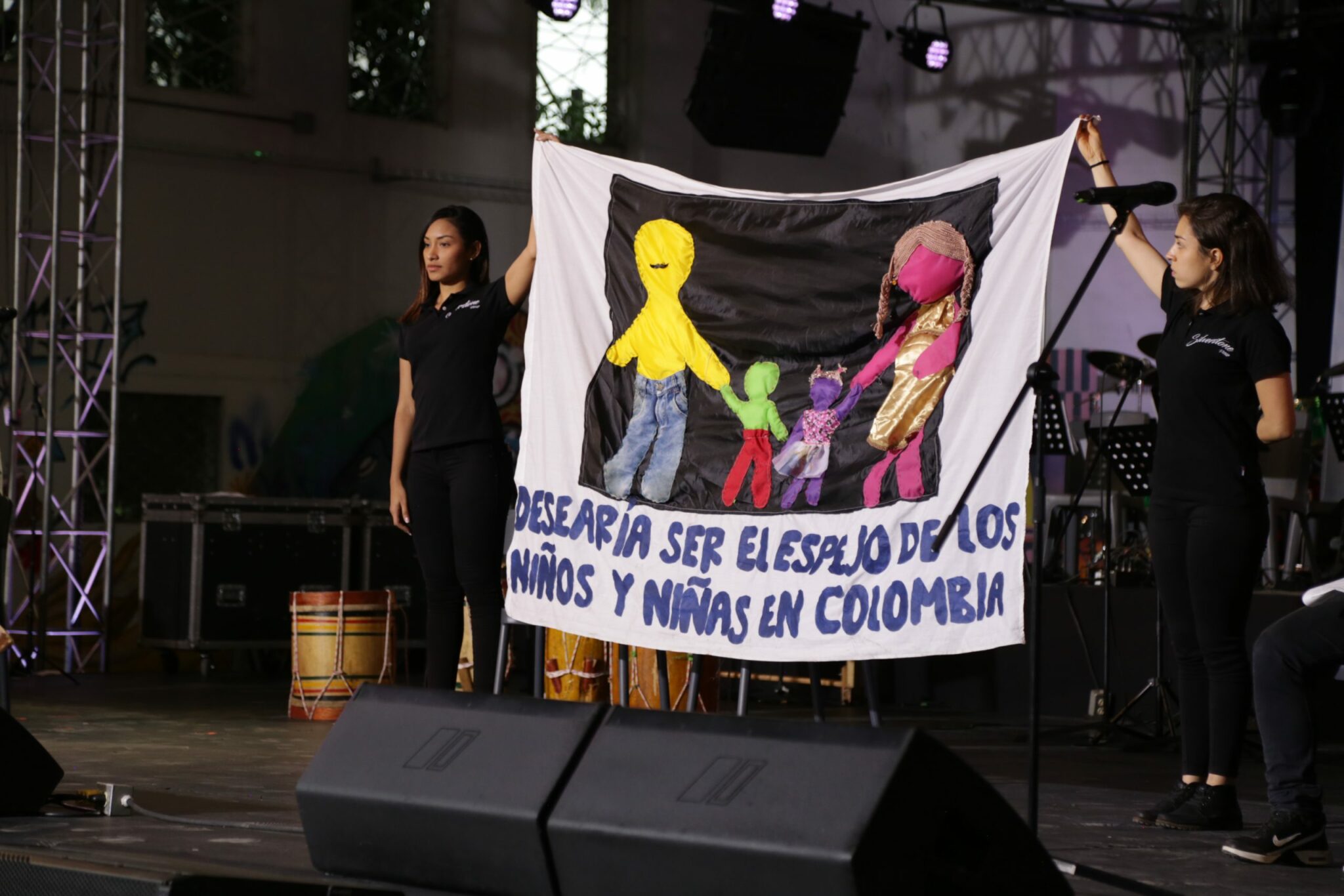 Our goal is to render visible certain aspects of exile by emphasising the testimonials of people belonging to the first and second generations abroad, which will be addressed through a trans-generational approach. The testimonials will promote reflections on the impact of exile on families and second generations; the frontiers and resistances of families and second generations in exile; the identity and intergenerational memory in exile; the dialogue between young people from other countries and Colombia on political perspectives and the demand for a future; and support from abroad for the peace process as an element of reparation and non-repetition.

It is of great importance to the Commission that participation should be a careful and meaningful experience for the victims. This is why interviewer training emphasises listening, building trust with those who participate in the Commission’s activities, as well as with the teams that voluntarily support it. This training is also complemented by the Training Manual on the Psychosocial Approach distributed to the teams. Between October 29 and 31, 2019, a meeting was held in Europe with representatives of support groups (Nodos) from all regions to build a joint strategy, led by the Commission’s Psychosocial Approach team. The meeting led to the writing of a base document focusing on Psychosocial Strategy to support the work of the Commission and a Psychosocial Protocol for the interview processes and for the Recognition objective. The Nodos have also designed their own self-care strategies and/or considered support proposals from other teams and people with such experience. Contact has also been generated with organisations that provide psychological accompaniment to victims.